Gergeti trinity church – was built in the 14th century, but not much is known to us of its history. Though it was mentioned in one of the guide books from 1906, that the church was built on the place that used to be pagan idols worshiping. And in 18th century, the church turned into storage for main Georgian relics that were transported here in the time of Persian invasion to Tbilisi. In the beginning of the 20th century, Soviet government had closed the church, and it was returned back to the Georgian Orthodox Church only in the 1990’s. But for the long times it had served as a popular way point for travelers on the road connecting Russia and Georgia.

Gergeti Trinity Church is above Stepantsminda and thus it seems an impossible experience to climb up to it. 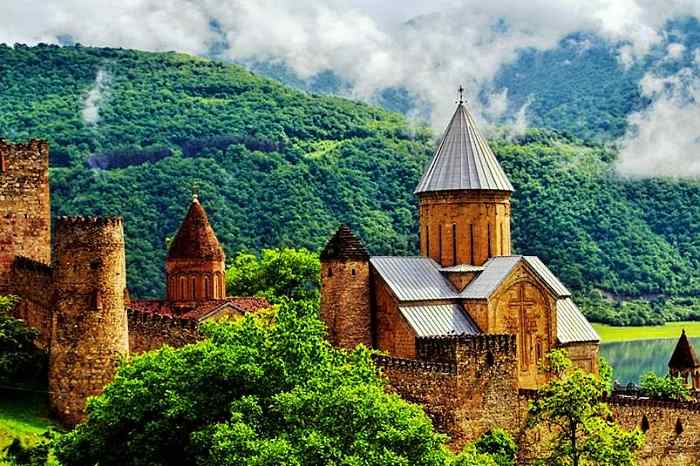 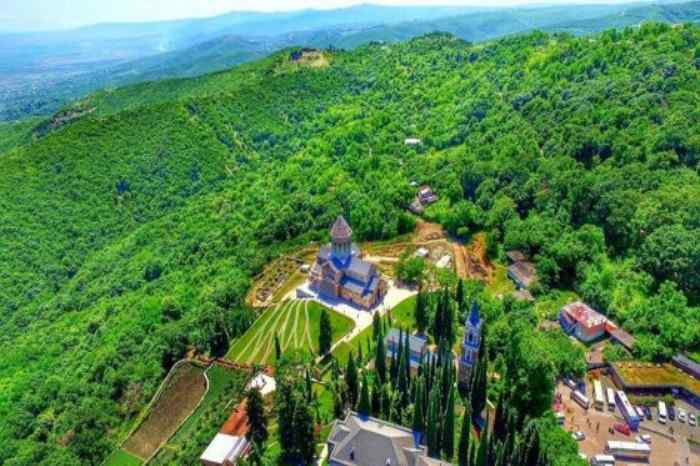 In fact ascent goes quite easy taking only an hour walk up the serpentine road and a thorny forest. Those who prefer not to walk can rent a car with a driver who will ride you up there in 10 minutes.

Kazbegi Mountain (or Mkinvartsveri) is the third highest mountain in Georgia. Covered with 135 square kilometres of glacier, Kazbegi is a great place for ice climbing and mountaineering. The steep valleys either side of the gorge are great places for bird watching. Eagles, hawks and the massive griffon vultures all nest among the rocky outcrops. Read more about Kazbegi Trinity Church