Dzveli (“old”) Shuamta Monastery is located in a small clearing in the middle of a deciduous forest on Tsivgombori Mountain near the city of Telavi in Kakheti region. The Monastery got its name because of its location – “Shuamta’’ means ‘among the mountains’

Two of the most important and most beautiful architectural monuments of Kakheti are the Dzveli (‘Old’) and Akhali (‘New’) Shuamta Monasteries. Both of them stand in a forest of deciduous trees which makes them look even more fascinating. 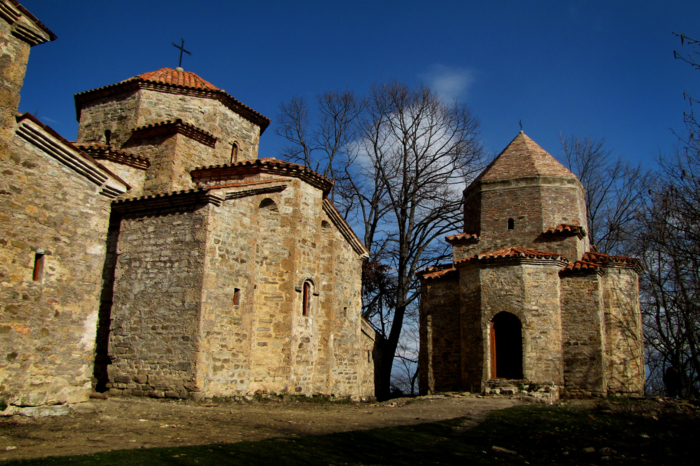 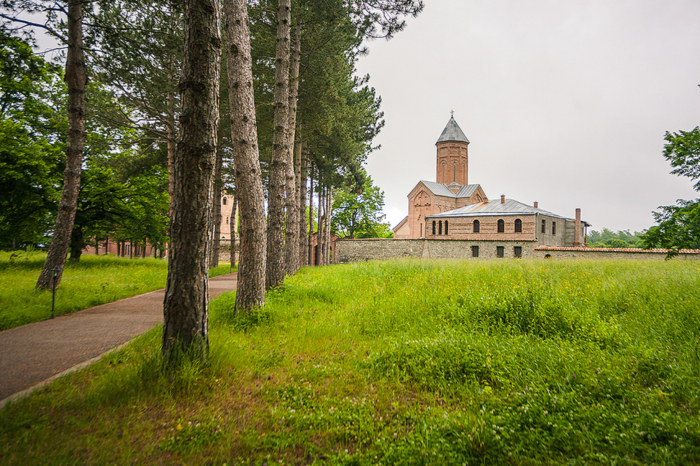